As I write this I’m sitting on a train headed back to Sweden, pondering the result of a year’s experimentation with travelling by train instead of flying. Is this an effective way to reduce my carbon footprint? The jury is in! Read on. One common rallying cry among climate advocates is to fly less (or ideally not at all). I consider myself a climate advocate (here’s my entry ticket), but I’m also a pragmatist. I’ve worked enough with behavioural change to know that it’s unrealistic to expect many people to change their habits unless there is a convenient and compelling alternative. For example, Spotify killed music pirating, not by attacking pirate sites, but by providing a better and more convenient alternative.

So what are the alternatives to flying, if you want to get from A to B?

I live in Stockholm. The past 3 years I’ve been travelling on a regular basis to Billund in Denmark, because of a long-term engagement with LEGO. I’ve also travelled to Paris a few times to do conference keynotes, and Gothenburg to work with Trine. The past year I’ve replaced almost all flying with train – I’ve spent about 150 hours on trains in Europe (in fact, I’m sitting in one right now as I write).

So is train a feasible alternative to flying?

My conclusion so far: Not really. Darn.

My hypothesis was that train travel would take longer than flying (obviously), would cost the same or less, be more convenient and comfortable, and significantly reduce my climate footprint.

I was right about travel time and climate impact, but wrong about price and convenience. And considering other ways to make a climate impact, long-distance train travel is just a bad deal in comparison (scroll down for details).

Now don’t get me wrong. Long-distance train travel is a fun exciting adventure, it is a much cooler and more fun way of travelling than flying, especially with kids! 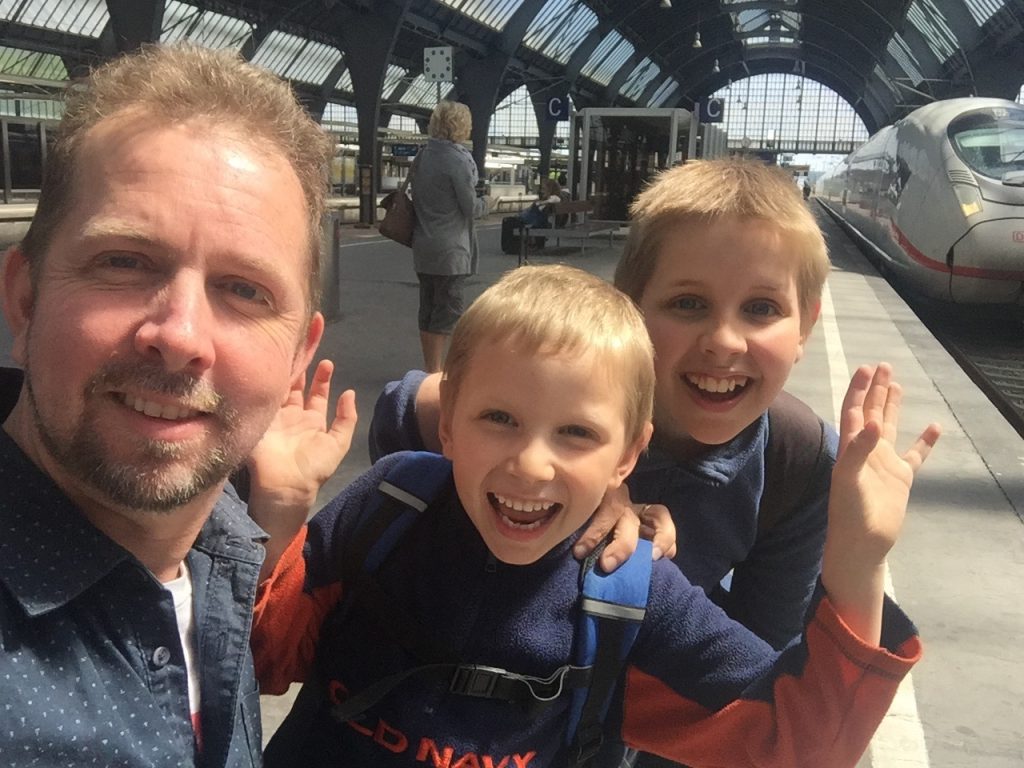 But now I’m talking about how feasible it is for regular travel, once the novelty has worn off. 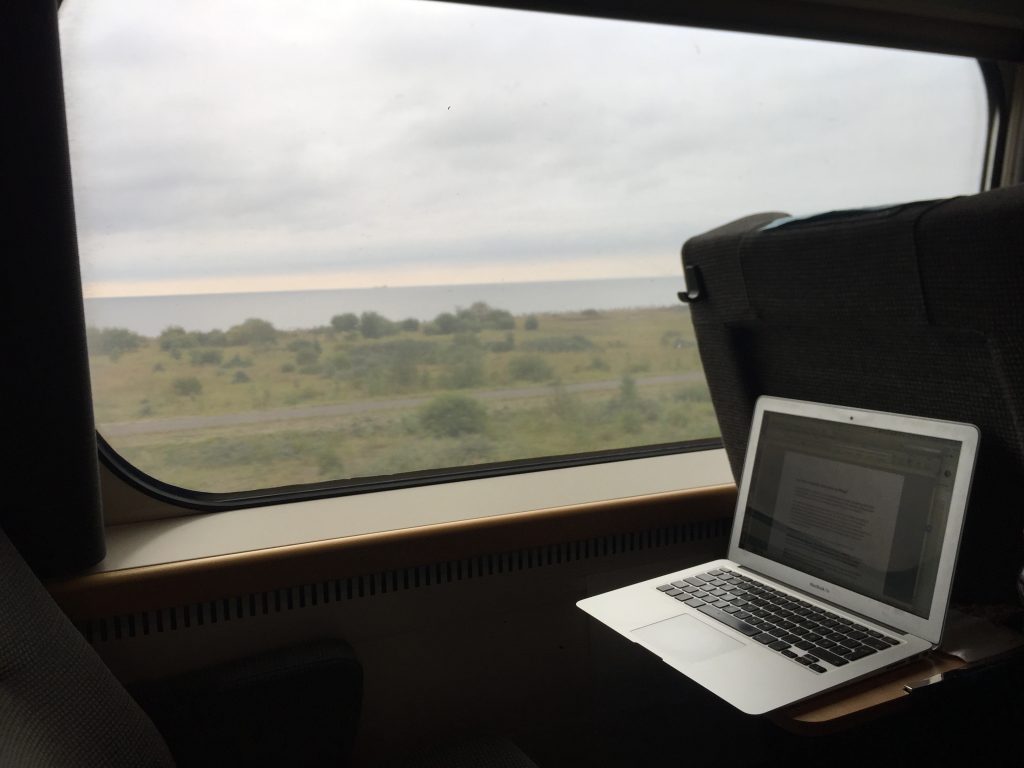 The only time train makes sense is if you happen to be travelling between two cities that are within 600 km and happen to have a high-speed direct rail connection (in my case Stockholm – Gothenburg). In those cases, train is great! But other than that, not so great.

I’m sad about this conclusion, because I really was hoping train would win out, because it seemed like the only realistic contender against flying.

This is obviously not a conclusive study, just 3 routes. But it’s a pretty representative sample set – 3 pretty different types of trips that I’ve done multiple times. I’m pretty sure trying more routes won’t change my mind on this.

OK let’s look at the data: 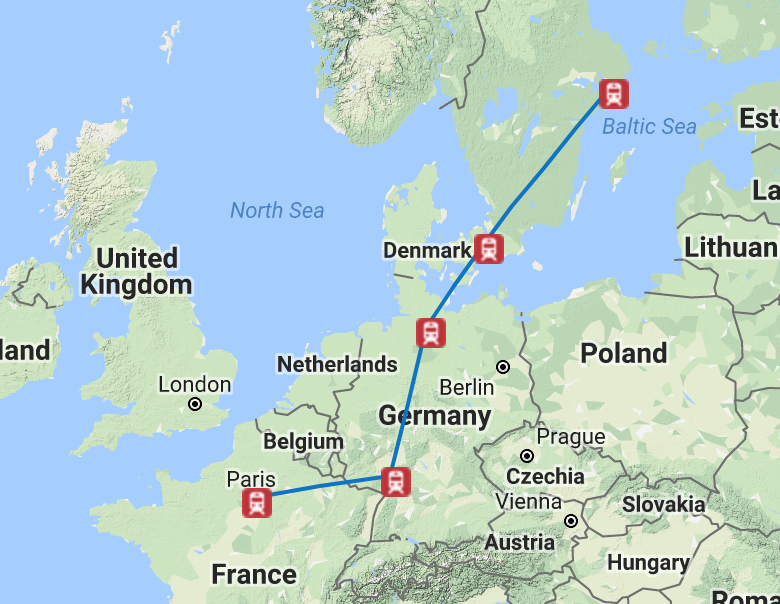 The prices are just a typical example, the exact prices vary A LOT for both train and plane. But in most cases flying is a lot cheaper.

So let’s look at the cost/benefit comparison of train vs plane in this case:

Train travel is more comfortable, but if we factor in the 3 changes and the risk of delays and missed connections, the comfort isn’t that great after all. Plus for long train rides you’re gonna sleep on the train, and good routes with sleeper coaches are hard to find (I didn’t manage even once). I’m lucky though, I sleep pretty OK sitting in a regular train chair. But I don’t expect that to be true for most people.

But more importantly – the price tag of €208 per ton CO2 reduction is insane! There’s MUCH better ways to spend that money for the climate, scroll to the end for a graph. 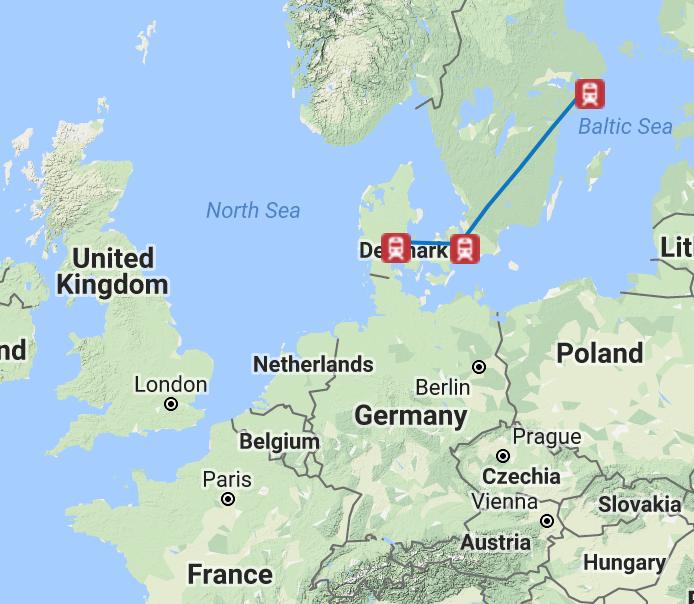 Not quite as bad as Stockholm – Paris. But still a pretty bad deal. Twice as expensive, 3 times longer travel time, and again, a ridiculously high price tag for the rather small CO2 reduction.

The time itself is not a problem though. I can make good use of those 8 hours, sitting in a comfortable seat with a decent internet connection (in fact, I’m being really productive right now, sitting in a train writing this article). 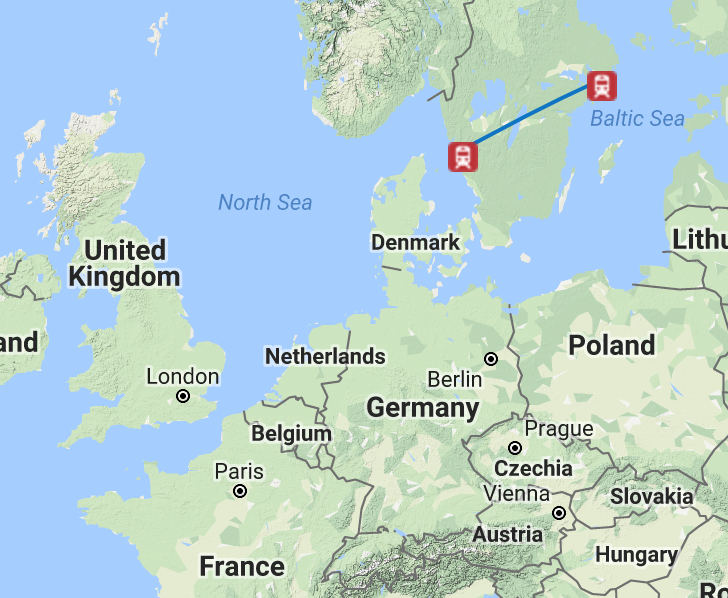 This is where train shines. Same price as flying. Slightly longer trip, but MUCH more comfortable and less hassle (more leg room, internet connection all the way, no security gates, etc). I’ve done the trip a few times with no hassle, but some friends report that it’s actually quite unreliable and they often run into delays. So I guess I’ve just been lucky so far.

I hate to say it, but from now on when I travel outside Sweden I’m back to flying, and offsetting the climate impact.

I know some climate advocates don’t believe in carbon offsets, but the math is pretty clear. We’ve spent lots of time exploring this at GoClimateNeutral.org, and concluded that 1 ton of effective, certified carbon offset costs about €4 (for example, we recently purchased 1000 tons for €2622, a hydro project in Vietnam). Compare that with €160-200 for 1 ton of carbon reduction via long-distance train travel. That’s 40-50x more expensive! And even if our offset pricing is wrong by a factor 10, it’s still 4-5x more effective than long-distance train!

(note that the prices for JoinTrine.com and GoldStandard.org vary from project to project, I picked their best projects for this graph)

So if you really need to travel longer than 600 km, then flight + offset is the least crappy way to do it from a climate perspective, at least as long as train travel is twice as expensive as flying.

From a systemic perspective though, this is still broken! It would be MUCH better if people were incentivized to not pollute the climate in the first place (= take train instead of plane), instead of polluting the climate and paying to offset it somewhere else.

So politicians, engineers, policymakers, listen up!

Fortunately, aviation accounts for only about 2% of global carbon emissions (source). So even if everyone stops flying now, that will only slow down global warming by 2%. Cars and energy production (coal & oil power plants) account for almost half of global carbon emissions, so that’s where the big change needs to happen. And it is happening! We’re currently seeing an exponential growth in affordable solar panels and electric cars.

PS – if you (despite this article) are gonna do long-distance train travel in Europe, I can strongly recommend loco2.com for finding the routes.

17 Replies to “Is train a feasible alternative to flying?”